As a large and internationally active company, we also want to live up to our responsibility in social issues. For us, there is no question that we want to make this commitment more concrete in relation to the declining rhino population. And for a very simple reason:

Once upon a time there was a herd of cows in a pasture. They were happy and did nothing but graze day in, day out. But there was only one rhinoceros in the herd - and it wanted more: to know what was beyond the pasture, to experience more, to make more of itself. Therefore it said: "I will leave the pasture, go through the dangerous jungle and find out what awaits me behind it". The cows advised against it: "That is much too dangerous. Here is everything we need, isn't it?". But the rhino went off into the dangerous jungle, with thorns and wild animals. But because it was a rhino, nothing happened to it. After all, it had its robust leather skin and the big horn. And so it fought its way through the jungle until it reached a beautiful, lush land behind it. The efforts had been worthwhile and he was happier there than ever before.

We decided to make a donation to the WWF because of our attachment to these animals, in order to support and strengthen the protection of the black rhinos. "We have a very special connection to the rhino, as it is not without reason that this is also our logo mascot. This donation is a matter of the heart for us - we are happy to set a good example," says Tobias Mehrer (CEO, Ranger Marketing). Among other things, the donation of 10,000 euros will finance round-the-clock guarding, equipment for the rangers and an urgently needed jeep.

Silke Mayer (Senior Manager Corporate Relations, WWF) came especially from Frankfurt to receive the check: "We sincerely thank Ranger Marketing for the generous donation, which will enable us to make a big difference in our program to protect the black rhino in Kenya. Through the purchase of new equipment for special ranger units and targeted training, we aim to curb poaching on the endangered species and protect the animals' habitat." 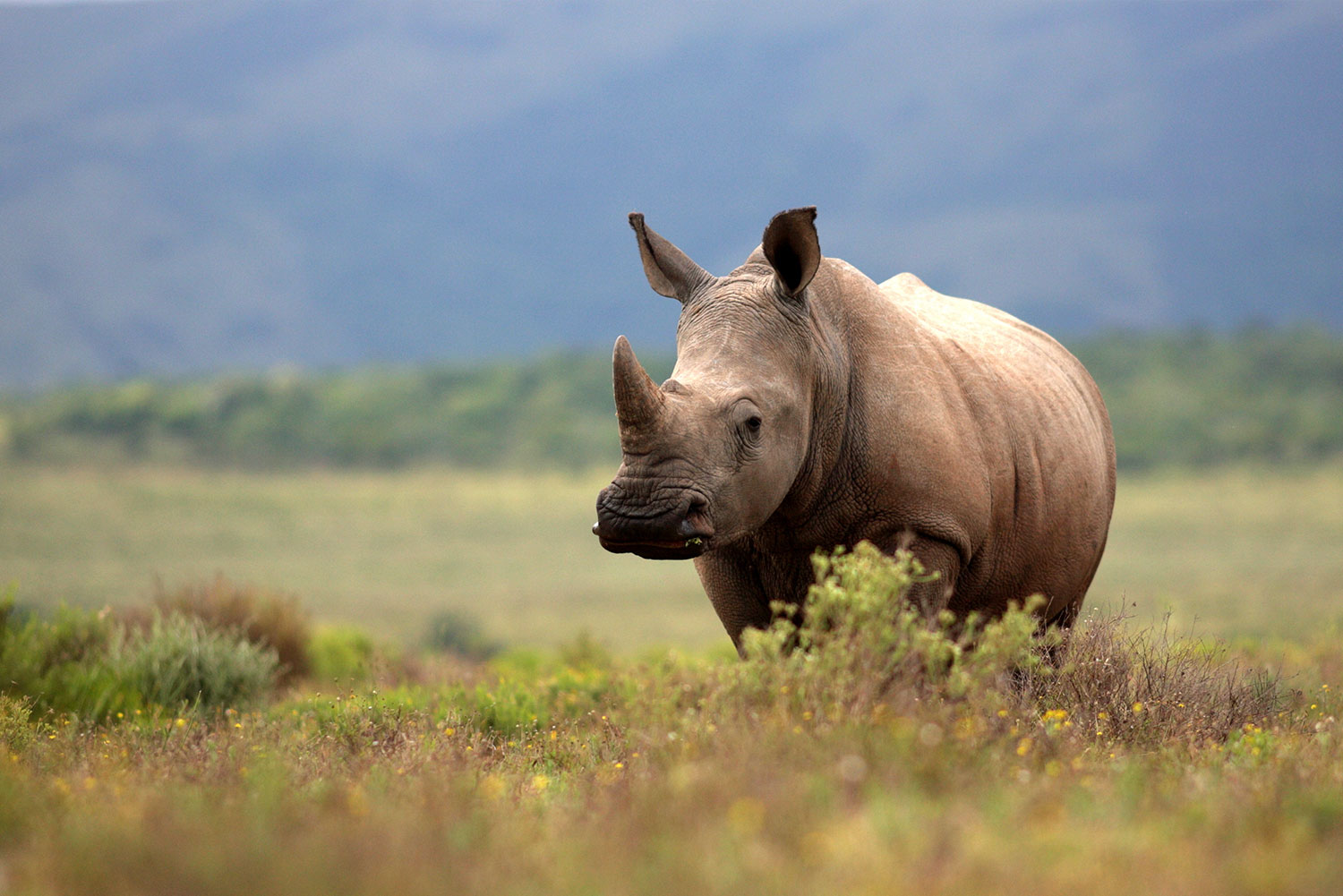 Rhinos, as well as elephants and hippos, have lived on our planet for a very long time. At that time, these animal groups were still very species-rich and diverse. About 65 million years ago, rhinos were extremely numerous. Today, there are only five species left. Two of them (white and black rhinoceros) in Africa and three (Java, armored, Sumatran rhinoceros) in Asia. However, extreme poaching between 1970 and 1992 decimated the population by 96 percent. Populations have recovered somewhat due to high levels of protection, but the species remains threatened with extinction. There are only three subspecies of the black rhinoceros left, a fourth is already extinct.

The horn of animals, like the fingernails and toenails of humans, consists of keratin, i.e. a non-bony fibrous core. The horn grows about 5 to 6 centimeters per year throughout the animal's life, but this again depends on age and sex. Rhinos use their horn primarily to protect young, in territorial fights, to impose on females, dig for water, break branches, and penetrate dense brush.

The black rhinoceros bears two horns in succession, of which the front is the larger and longer, often measuring 1.3 meters in height. The rear horn can grow up to 55 centimeters long and sits on the animal's forehead. Black rhinos live in all savanna landscapes such as dry forests, scrublands, grasslands, montane forests and also dune forests and semi-deserts.

The black rhino is hunted for its horn. For the past decade or so, Africa has been in the midst of a poaching crisis that continues to worsen. In 2015, an average of three to four rhinos were killed every day. The reason for this is the myths circulating around the medicinal properties of the horn. In parts of Asia, horn powder is believed to have cancer-curing and fever-reducing properties. Due to the high prices for a horn it becomes more and more a status symbol of the rich middle class of some Asian countries.

Thanks to support for the protection of black rhinos, WWF reports first successes. South Africa showed a 25 percent decrease in poaching in 2018 compared to 2017.

However, 769 rhinos still die - in South Africa alone - in one year, or an average of 2 per day, due to poaching. Currently, only about 20,000 rhinos remain in South Africa. The number of black rhinos threatened with extinction is even only 2,000 animals. The fight against illegal wildlife trade is therefore far from being won and Ranger Marketing continues to campaign for the preservation of the endangered species.